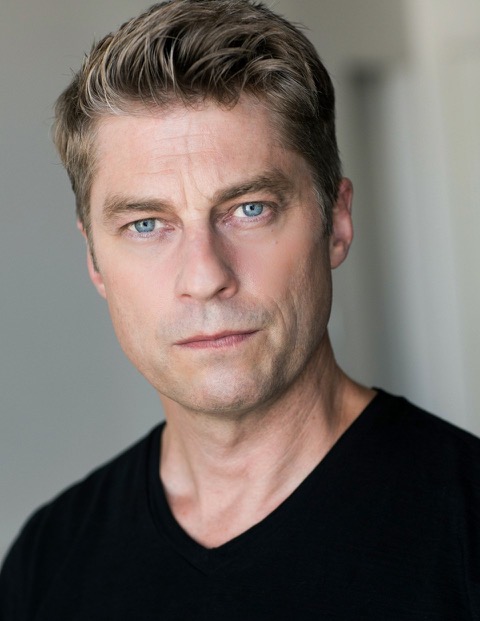 Jamison returns to Ensemble Theatre Company after performances in Macbeth and Therese Raquin. Other theatre credits include: The Christians (Chautauqua Theater Company); Elemeno Pea, Doctor Cerberus (South Coast Repertory); Angels in America, Rosencrantz and Guildenstern are Dead, Othello and the west coast premiere of Maple and Vine (American Conservatory Theatre);  The Three Musketeers (Denver Center for the Performing Arts), How the Other Half Loves (Pasadena Playhouse); Arsenic and Old Lace, God of Carnage, The Foreigner, The Lion in Winter, All My Sons, Dancing at Lughnasa and The Rainmaker (La Mirada Theatre); Cyrano de Bergerac (A Noise Within) and the European premieres of Tennessee in the Summer and Purple Hearts (Edinburgh Festival). TV credits include Steven Spielberg’s The Whispers, HBO’s True Detective, 9-1-1, The Afterparty on Apple TV, Burn Notice, Rosewood, 24, Brothers & Sisters, Terminator, CSI: NY, NCIS, Crossing Jordan, Alias, That ’70s Show, Y&R and Will and Grace. Film credits: Collusions, The Lodger (with Alfred Molina), Born to Ride (with William Forsyth), He Was a Quiet Man (with Christian Slater and William H. Macy), Dark Blue (with Kurt Russell), Hollywood Homicide (with Harrison Ford), Fourth Grade B (with William Baldwin) and IFC’s The Wretched. Jones earned his MFA from American Conservatory Theatre. www.jamisonjones.com 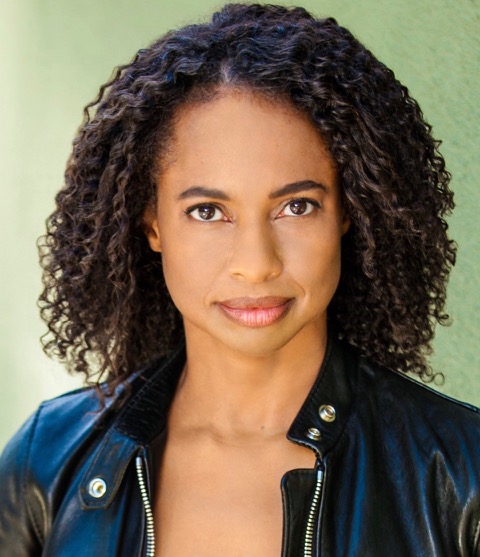 An Obie Award and NAACP Theatre Award-winning actor, Tracey was previously seen at Ensemble Theatre Company in the production of Good People. Other Southern California appearances include The Baby Danced Mixed and Fuddy Meers (The Rubicon); Kings, All

the Way, Death of a Salesman, In the Next Room (or The Vibrator Play) and Safe in Hell (Southcoast Rep) as well as productions at The Old Globe Theatre, San Diego Repertory Theatre, Shakespeare Center LA, Boston Court Pasadena, Sacred Fools, The Echo Theatre Company and Playwrights Arena. She has performed on stages throughout the U.S. and internationally, including a Broadway National Tour; Off-Broadway at New York Theatre Workshop, Primary Stages, Signature Theatre, Soho Rep, P.S. 122 and La Mama Experimental Theatre Club; and regionally at San Francisco’s American Conservatory Theatre, the Guthrie Theatre, Milwaukee Repertory Theatre, The National Theatre in Washington DC, The Denver Center, Indiana Repertory Theatre, Arizona Theatre Company and A Contemporary Theatre in Seattle, to name a few. In addition to many commercials, film and television appearances include Modern Family, Grey’s Anatomy, Criminal Minds, Strong Medicine, Law and Order, and the Rob Zombie feature 3 From Hell. She has narrated numerous audiobooks which can be found on audible.com, and is the Artistic Director of Ensemble Studio Theatre/LA. www.TraceyALeigh.com 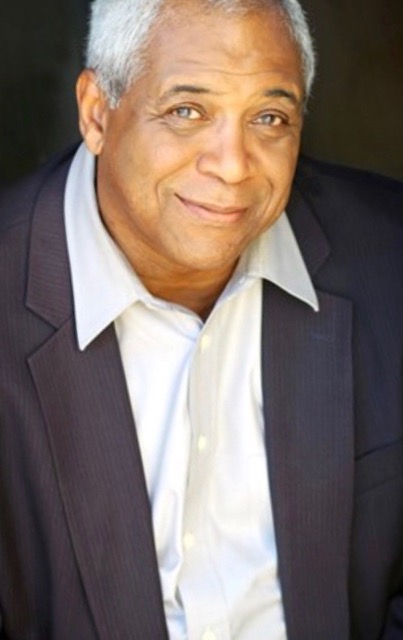 A native of Pembroke, Illinois, Alex started his acting career over 35 years ago as an original cast member of the long running Chitlin’Circuit stage play The Diary of Blackmen. He later became a regular at The Ensemble Theater Houston, the oldest African American professional theater in the south. And the first African American resident company member at the iconic Tony Award winning Alley Theater in Houston. Over the years, Alex has performed in over 60 stage productions over the United States and throughout Europe. His stage credits include: the entire August Wilson canon (including starring as Troy Maxson in The English Theater Frankfurt production of Fences in 1992), All My Sons, Our Lady of 121st Street, The Boys Next Door, Julius Caesar, Antony and Cleopatra (directed and starring Vanessa Redgrave). Alex has appeared in over 50 television shows including Ken in the Emmy award winning FX comedy Baskets starring the late legendary Louie Anderson. He also had recurring roles on Malcolm in the Middle, City Guys, Abbott Elementary and award winning PBS children series Wishbone. Currently he can be seen as Dennis in the hit crime drama series Carl Webber’s The Family Business. Additionally Alex has appeared in over 25 films and numerous national television commercials. He is a four time NAACP Award winner and two time OVATION Award winner for is work as an actor director and producer. Alex has been married to actress producer Vanessa Paul for 25 years. They have 2 children as well as 1 grandchild and are the proud great grandparents of A’Myla. 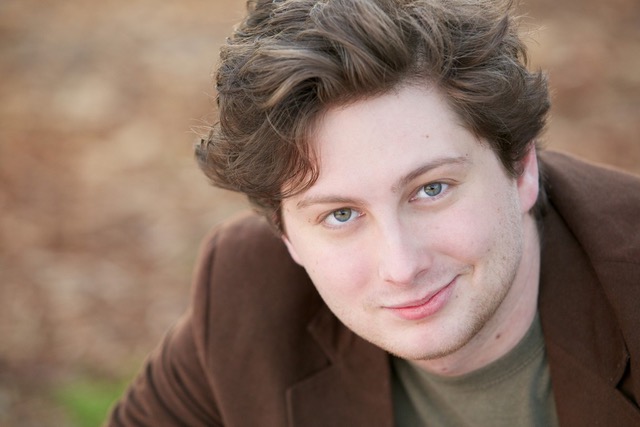 Toby hails from Ventura, California and he is a proud graduate of the Pacific Conservatory Theatre, class of 2013. His regional theatre credits include: Noises Off, A Christmas Carol, South Pacific (Rubicon Theatre Company); Blithe Spirit, Cabaret, The Producers (San Luis Obispo Repertory); Clybourne Park, A Raisin in the Sun (Lyric Repertory in Logan, Utah). He also performed at PCPA, Sierra Repertory, Kingsmen Shakespeare Festival and several seasons with The Great American Melodrama and Vaudeville. www.tobytropper.com

Other European productions include Who’s Afraid of Virginia Woolf, A Streetcar Named Desire, Visiting Mr. Green and Cat on a Hot Tin Roof (The English Theatre Frankfurt) and Old Wicked Songs, Crimes of the Heart and Cat on a Hot Tin Roof (Vienna English Theatre). Before joining ETC, Mr. Fox spent 12 years with Two River Theater Company in New Jersey, which he helped establish in 1994. He served as Managing Director of the company from 1994-99, and subsequently became its Artistic Director. For Two River, he directed their 2016 world premiere production of Lives of Reason. His production of The Umbrellas of Cherbourg was profiled in American Theatre Magazine, as was his festival of work by Samuel Beckett.

His directing work has been seen in New York, Philadelphia, San Francisco, and Cologne, and has received critical acclaim in The New York Times, Variety, the LA Times, and other publications. He received his MFA from Columbia University and is a recipient of the prestigious Alexander von Humboldt Foundation Fellowship. He has served as an adjunct faculty member in theater departments at UCSB, Columbia University, University of Utah, and Monmouth University.

Dianne is a Costume Designer and University lecturer who is thrilled to be back at ETC for her 22nd production with the company. She is a Mason Gross School of the Arts, Rutgers University Alum and earned her MFA in Costume/Set Design. Dianne has designed and created costumes nationwide in theatre, film and television. She has designed Off Broadway, regionally, and internationally for The English Theatre Frankfurt and has received numerous nominations and awards for her work. She has originated the costumes for many new works/world premieres and was the Crafts Supervisor, Milliner, and Assistant Costume Designer for Center Theatre Group for many years. She is a member of United Scenic Artists Local-829. www.diannegraebner.com

American Son is the tenth sound design and/or score for ETC, the others being Lillian, Tenderly, Measure for Measure, Everything is Illuminated, The Invisible Hand Macbeth and Husbands and Wives, The Legend of Georgia McBride and Baby Doll. He also designed Jackie Unveiled (Wallis) and The Baby Dance: Mixed (Rubicon Theatre Company). Other recent works include: Anna Karenina (DCPA) and Astoria Part One & Two, Othello, Anna Karenina, Shakespeare’s Amazing Cymbeline, The Imaginary Invalid and Snow Falling on Cedars (Portland Center Stage). With Critical Mass Performance Ensemble credits include: After Iphigenia (Getty Villa); Apollo (Kirk Douglas Theatre, Garland Award and an Ovation Award nomination); Ameryka (2016 Ovation nomination); The America Play (Theatre @ Boston Court); Antigone (Portland Center Stage for which he won a Drammy Award); The Ahkmatova Project, Dr. Faustus, The Rover and Measure for Measure. Further works include: Hamlet, The Winter’s Tale, the vocal score for David Hare’s version of Mother Courage, music and sound design for The Glass Menagerie, original music for Magic Fruit (Cornerstone); and composer/sound designer for the 2014-16 Launch Pad program at UCSB.