MALALA – A GIRL WITH A BOOK

At the age of 15, Malala Yousafzai was deliberately shot in the head on her way to school by the Taliban. Fighting against the ban on education for girls in her home country Pakistan, Malala had been writing a blog about her life under the Taliban regime for the BBC. The Taliban wanted to silence her, but achieved the opposite. Miraculously, she survived the bullet. Her story shook the world.

Malala Yousafzai is probably the youngest activist for human rights in history. Fighting for the right to education world-wide, she was awarded the Nobel Peace Prize in 2014. Her first public speech before the United Nations gives proof to her courage:

“The terrorists thought they would change my aims and stop my ambitions. But nothing changed in my life except this: weakness, fear and hopelessness died. Strength, power and courage was born. I am the same Malala. My ambitions are the same. My hopes are the same. And my dreams are the same.”

In »Malala – A Girl with a Book«,  an author learns about Malala´s story consequently confronts her own prejudices. Can a “middle-aged, middle-class white writer” ever begin to grasp the life of a Pakistani girl? Is she entitled to an opinion on Islam? Putting herself in the middle of the play, she introduces us to Malala Yousafzai´s life through her eyes. Malala´s life shows that the courageous action of a single person can be decisive for the way we see the world.

“Malala – A Girl with a Book“ contains strobe effects as well as loud sounds imitating war. If you bring students who recently fled from a war zone, or students that might be affected negatively by the strobe effect, please contact our education department and our box office ( & ).

It‘s not easy for Huck Finn. Pestered by the widow Douglas and beaten by his father, he finally wants to be free! This desire is the beginning of one of the most exciting and moving youth stories: Huck travels along the Mississippi, together with Jim, a runaway slave. From Jim he learns what it really means to not be free. But in him he also finds the best travel companion to survive the wildest adventures, defy strange dangers and to smash really gross sailor songs.

Huck Finn captures Mark Twain‘s Dixieland of the Southern States, intertwined with a thirst for adventure and at the same time approaches the subject of racism, inviting viewers to join Huck Finn in rethinking prejudices. 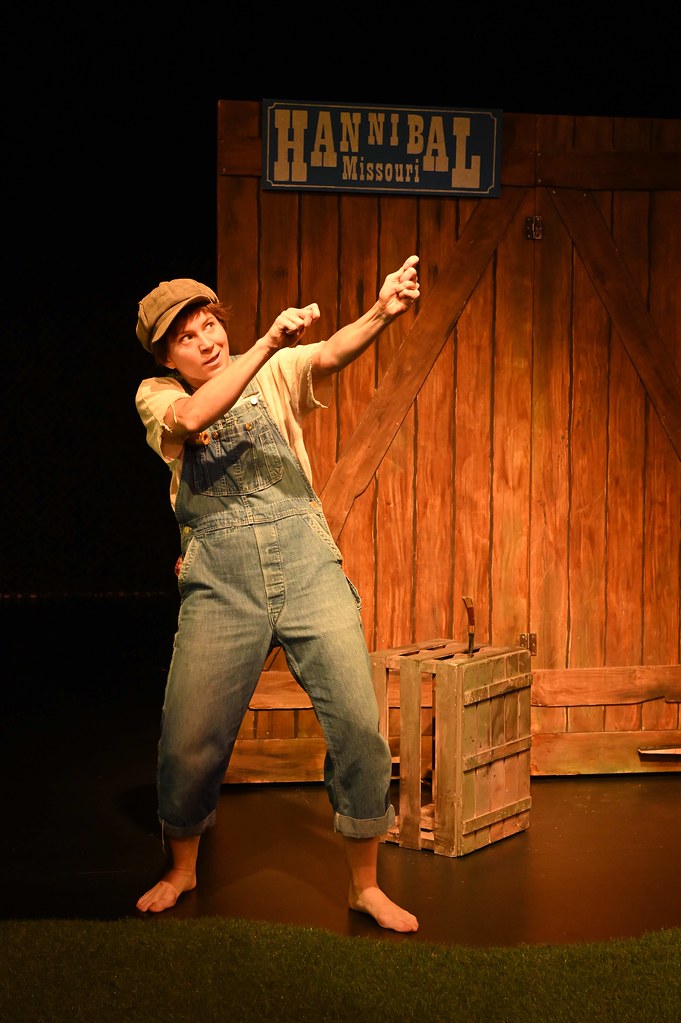 Every year, students from the age of 10 and up enjoy our special youth productions. The plays deal with topics and stories that reflect the experiences and literary interests of our young audience. The language is adapted to their level and we support teachers with scripts, worksheets, and follow-up workshops. The materials can be downloaded from our website.

Students from the third grade and up, who are more fluent in English, are also most welcome to attend.

The duration of the show is approximately 60 minutes, with an actor talkback session afterwards upon consultation with our Education Department. Price: € 10 per ticket. This includes a textbook (for Huck Finn performances), an online quiz, and detailed materials for working with students. Accompanying teachers receive free tickets.

In order to better understand the play we recommend that teachers briefly introduce the piece to students before watching the show. Educational materials to be used in the classroom will be available online. Teachers can use these in the classroom to improve and enrich the students´ understanding of the play and the worksheets are helpful for follow-up exercises.

Please register using the online form provided. The play scripts are available in booklet form and are included in the ticket price.These are automatically ordered upon registration.

Please note that cancellations need to be made well in advance for us to make alternative arrangements.

The booklets for students will be sent directly to the schools. For re-orders, changed orders or additional orders of booklets the delivery costs will need to be borne by the respective school. Payment will be cash on delivery.

This includes a textbook and highly detailed materials for working with your students. The textbook will be sent per post before the performance.