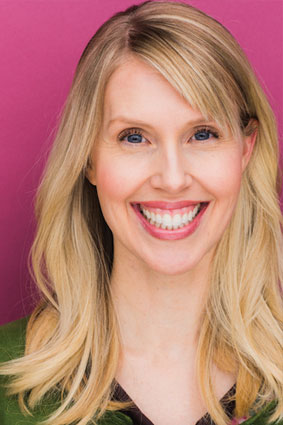 Stephanie is so happy to be in Frankfurt making her English Theatre debut. Theatre credits include: Helena in A Midsummer Night’s Dream (Folger Theatre); Minnie Faye in The Matchmaker (Ford’s Theater); Audrey  in Leading Ladies (St. Vincent’s Theatre); Martha in The Children’s Hour (Everyman Theatre, Rep Stage); Aunt Polly  in The Adventures of Tom Sawyer and Miss Kincaid  in Katie Couric’s The Brand New Kid (The Kennedy Center tours); Smeraldina  in Servant of Two Masters (LATC and Edinburgh Fringe Festival); April in Vivaldi’s The Four Seasons and Loona in The Planets with the LA Phil at The Walt Disney Concert Hall. TV credits include The Wire, The Mentalist. Love to Cory and their cute chihuahua. 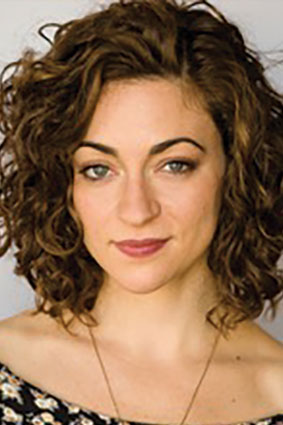 After taking some time away from the stage to pursue TV and Film, last year Eden had the great joy of workshopping Kimber Lee’s Different Words for the Same Thing (Center Theatre Group); performing in the new musical Behind Closed Doors in NYC, participating in the JAW Playwright’s Festival up at Portland Center Stage, and portraying Nina in Vanya and Sonia and Masha and Spike, also at PCS.  Eden has been stalking Bad Jews for a year, with her heart set on playing Daphna, so she couldn’t be more thrilled to have the opportunity to work on this piece with such an incredible creative team.  Past TV credits include guest spots on American Horror Story, Criminal Minds, Castle, a recurring arc as Zanna on Showtime’s House of Lies and the recurring role of Erin Sikowitz on Season 3 and the upcoming Season 4 of Netflix’s Orange is the New Black.  You may have seen her as Ames in the indie feature Maybe Someday, as Emily in the cult-classic Deadheads, or in a good handful of national commercials.  She would like to thank her wonderful and supportive family, her manager Avi Simon,

Mark and the killer team at KMR, and her mentor Jamison Jones. 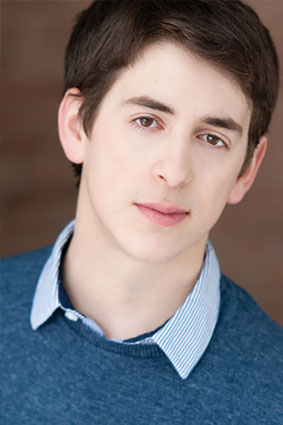 Cory Kahane is proud to make his ETC debut telling this story. He previously played the role at Theater Wit and the Royal George Theatre in Chicago and the North Shore Center for the Performing Arts in Skokie, Illinois. Other credits include: The Romans: Episode Quartus (Lincoln Square Theatre); A Midsummer Night’s Dream (The James Downing Theatre). Film credits include: The Cheating Pact (Lifetime Original Movie); Bad Johnson. Cory has a BFA in Acting from The Theatre School at DePaul University. 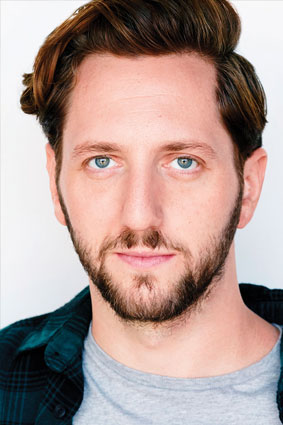 Adam Silver is an actor, producer, artist and creator based in Los Angeles.

Jonathan is delighted to be back at English Theatre Frankfurt. His last productions at ETF include Who’s Afraid of Virginia Woolf, A Streetcar Named Desire, Visiting Mr. Green and Cat on a Hot Tin Roof. Other European work include Old Wicked Songs, Crimes of the Heart and Cat on a Hot Tin Roof at the Vienna English Theatre. Jonathan is Executive Artistic Director of Ensemble Theatre Company of Santa Barbara. He directed ETC’s productions of Sweeney Todd, Woyzeck, Amadeus, Metamorphoses, A Little Night Music, The Liar, Crime and Punishment, and a dozen others. He recently directed Opera Santa Barbara’s production of The Consul and collaborated with the Santa Barbara Symphony on a Midsummer Night’s Dream project. Before joining ETC, Jonathan spent 12 years with Two River Theater Company in New Jersey, which he helped establish in 1994. He served as managing director of the company from 1994-99, and subsequently became its artistic director. He recently directed Two RIver’s world premiere production of Lives of Reason. His production of The Umbrellas of Cherbourg was profiled in American Theatre Magazine, as was his festival of work by Samuel Beckett. His directing work has been seen in New York, Philadelphia, San Francisco, and Cologne, and has received critical acclaim in The New York Times, Variety, the LA Times, and other publications. He received his MFA from Columbia University, and is a recipient of the prestigious Alexander von Humboldt Foundation Fellowship. He has served as an adjunct faculty member in theatre departments at University of California Santa Barbara, Columbia University, University of Utah, and Monmouth University.

Pablo is the winner of the Stage Raw Award 2015 for Best Lighting Design for his work on The Brothers Size (Fountain Theater). He has been nominated for the Ovation Award and for LA Weekly Award.  Pablo’s designs have been seen at ODC in SF, Soundbox in SF, Su Teatro in Denver, LATC, MOCA-Geffen, The Broad Museum, REDCAT, COC Performing Arts Center, and the Broad Theater.  His credits include: Green Umbrella Project (LA Phil) and Amor Brujo (Disney Hall);  La Olla (the LTC at Getty Villa/ LATC); Destiny of Desire (Arena Stage In Washington DC); The Future of Storytelling (Los Angeles); a collaboration between Google and REMAP/UCLA, L’Elixir of Love (SB Opera) and the ongoing installation Pearls of the Planet (Annenberg Space for Photography for Explore.org). Upcoming projects include: Breaking The Waves (Pearlman Theater for OperaPhila) and On The Town (San Francisco Symphony).

J.P. has worked on a vast number of productions during the past 25 years, ranging from trade shows, corporate events to TV, documentary film, theatre, musical and opera. His work includes technical work as well as designing, operating and programming.

Anna is Dramaturg in Residence at ETC.  She has a Ph.D. in Theater Studies from UCSB.  She recently translated and adapted Henrik Ibsen’s play, Hedda Gabler for production at Austin College in Texas.  She has done production dramaturgy at ETC for I Am My Own Wife, Women in Jeopardy, Sweeney Todd, Venus in Fur, Woyzeck, Intimate Apparel, The Best Brothers, Amadeus, Looped, Red, Metamorphoses, Good People, A Little Night Music, Creditors, Crime and Punishment, and The Liar.

She teaches full-time in Liberal Arts at the Brooks Institute in Ventura.

Ken has choreographed fights and taught actors theatrical combat for film, television, theatre and universities all across the country. He is the resident fight choreographer for the Idaho & Lake Tahoe Shakespeare Festivals, A Noise Within (Los Angeles) and the Great Lakes Theater (Cleveland). He is proud to have staged violence for the world-premieres of Sherlock Holmes: The Final Adventure (Pasadena Playhouse); Dr. Jekyll & Mr. Hyde (San Jose Repertory); The Suicide Club (Arizona Theatre Company); Octavio Solis’ Cloudlands (South Coast Repertory); Somebody/Nobody (Arizona Theatre Company) and the theatrical adaptation of The Kite Runner (San Jose Repertory). Mr. Merckx received his MFA in acting from the University of Illinois and his BA in theatre studies from the University of Washington. He received an Ovation Award in 2013 for his fight choreography in A Noise Within’ s production of Cymbeline.