A play by Tennessee Williams

An event in the frame of the EUROPEAN CULTURAL DAYS of the European Central Bank – Malta 2015.

A celebration of the inebriate god Dionysus.

Written by famed playwright Tennessee Williams, The Rose Tattoo tells the story of Serafina, a Louisiana widow who withdraws from the world after her husband‘s death and expects her daughter to do the same. One day, a man resembling her late husband comes into her life and unlocks her fiery passion, wit, anger and pride. This is a play of power, humanity and soaring emotion. 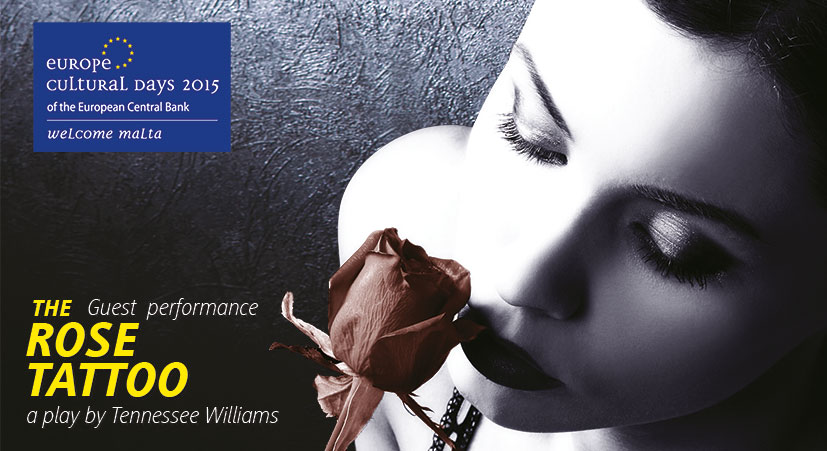 „The play overflows with the energy, the heat and the earthy humor of Sicily.” New York Daily News

„I can’t think of a better way for New York audiences to celebrate the rites of spring.“ The New York Times